Windows Subsystem for Linux is making inroads with developers

Last week, Microsoft and Canonical (the company behind the Ubuntu Linux distribution) were scheduled to host a developer conference focused on the Windows Subsystem for Linux (WSL) at Microsoft’s Redmond campus. Ars was invited, and I had plane tickets in hand—but the physical conference was canceled at the last minute due to the coronavirus.

Note that I did say the physical conference was canceled—WSLconf itself went on, with 22 speakers and 21 talks given. Virtual attendees were reportedly more than double the (sold out) physical attendee registration and included developers from all around the world. Presentations were given over the Bluejeans videoconferencing platform, and Canonical’s Developer Advocate Hayden Barnes says that the recorded sessions will be made generally available soon.

What’s a WSL? And how do I install it?

The installation part is simple and free, though it requires two separate steps. First, you need to install WSL as a Windows feature, using the Features applet, which can be accessed directly from the Start menu. This involves a relatively quick download, followed by an immediate reboot.

Once the WSL feature is installed, the next step is installing an actual Linux distribution underneath it. There are many choices available—including Kali, Debian, OpenSUSE, Alpine, and two Long Term Support (LTS) versions of Ubuntu. We chose the newest Ubuntu LTS; searching the Store for Ubuntu brings it right up, and one click (followed by a several-hundred-megabyte download) installs it.

Once the download and installation for Ubuntu 18.04 finishes, Ubuntu 18.04 LTS shows up as an app in the Start menu. Clicking it brings up a console window that should be immediately familiar to any Linux user—it’s a bash prompt, inside what looks an awful lot like any other Ubuntu installation.

The current version of WSL is a set of API calls grouped into a compatibility layer, which maps (most) Linux kernel calls to NT kernel calls, along with a mostly-complete set of userland utilities. under the hood, what you’re looking at is a full Ubuntu virtual machine, running under Hyper-V. This is, basically, “reverse WINE“—with all the pros and cons those Linux types among you who are WINE users will be immediately familiar with.

The next version of WSL, on the other hand, will essentially be a full-on Hyper-V virtual machine. WSL2 is available now in Insider builds, and will be generally available in Windows 10 version 2004. 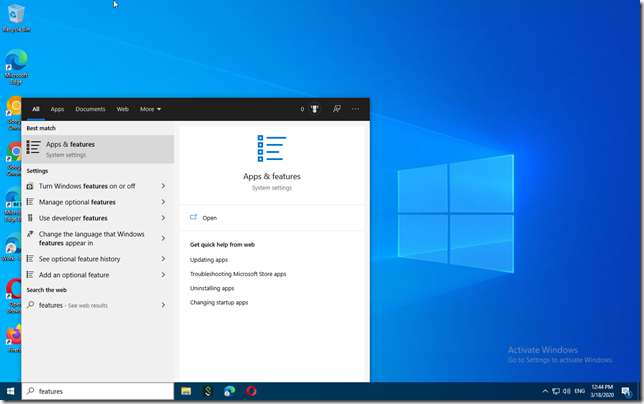 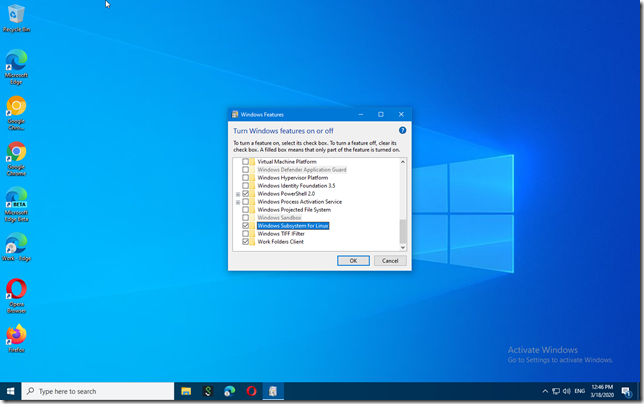 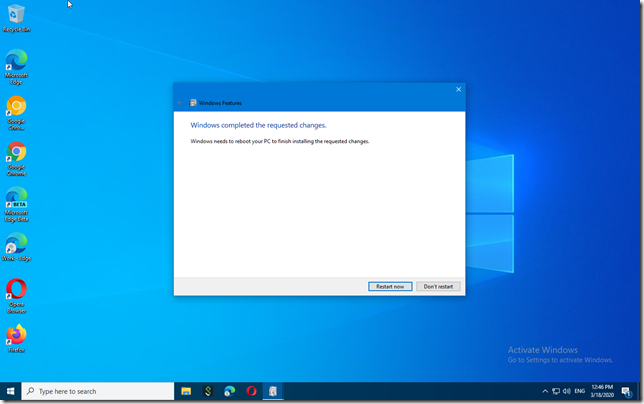 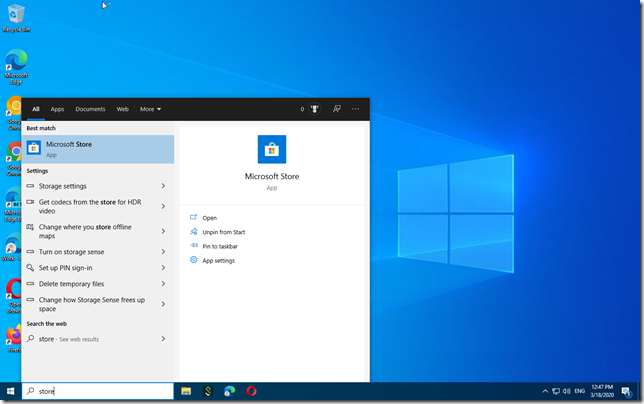 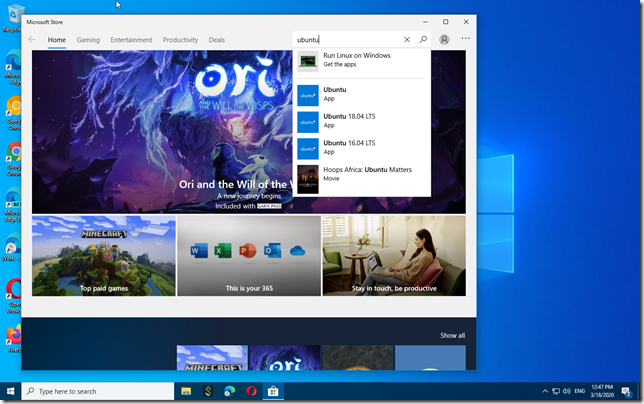 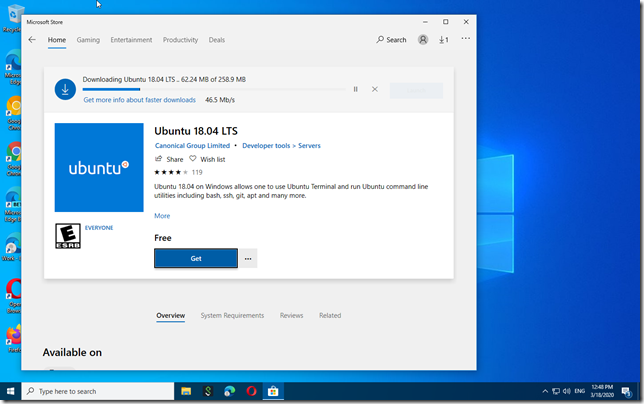 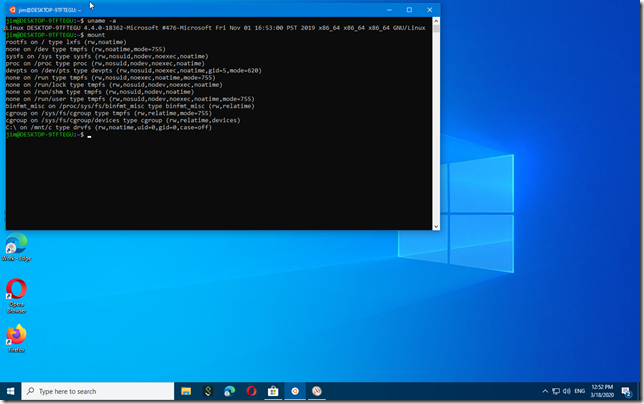