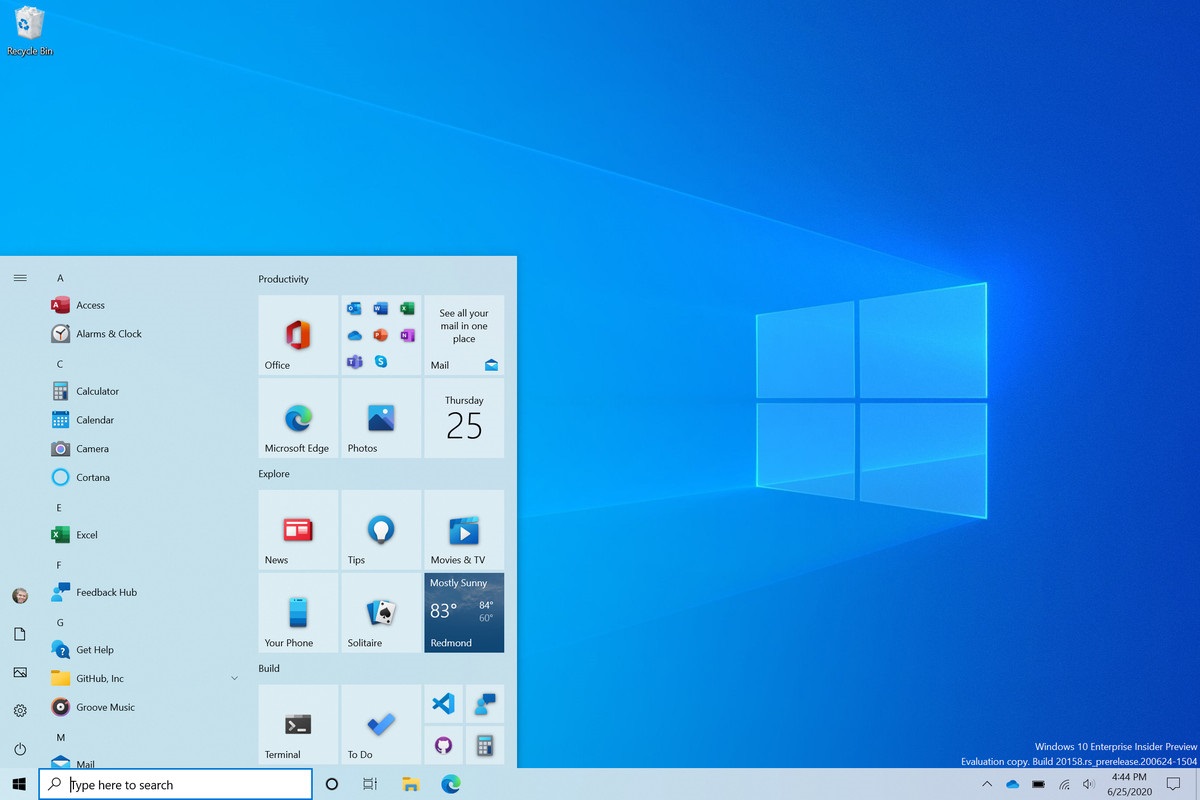 Microsoft is introducing a new Windows 10 Start menu design that will de-emphasize its Live Tiles and updated Alt-Tab for a new experience in navigating windows.

The software giant first hinted at the refreshed design earlier this year, and it’s arriving for Windows 10 testers today. “We are freshening up the Start menu with a more streamlined design that removes the solid color backplates behind the logos in the apps list and applies a uniform, partially transparent background to the tiles”. explains Microsoft in a blog post.

Essentially, the reduction in the color of the blocky tiled interface on the Start menu will simplify it slightly and make it easier to scan for the apps you use on a daily basis. It’s a subtle change, but it certainly makes the Start menu look a little less chaotic and avoids many tiles sharing a similar blue color.

Alongside an updated Start menu, the latest Windows 10 build includes some big changes to Alt-Tab. “Beginning with today’s build, all tabs open in Microsoft Edge will start appearing in Alt-Tab, not just the active one in each browser window,” explains Microsoft. This seems like a change that might be a little confusing for veteran Windows users, but Microsoft is thankfully allowing you to switch back to the classic Alt-Tab experience.

Microsoft experimented with Alt-Tab changes in Windows 10 builds in the past, back when the company was planning to add tabs to every app. There will likely be a lot of feedback around any Alt-Tab changes here, especially if Microsoft plans to turn this on by default when its next major Windows 10 update ships later this year.

Aside the announcement of new Windows 10 Start menu design and updated Alt-Tab, Microsoft is also making some smaller changes with this new Windows 10 build. The default taskbar appearance will also now be more personalized with the Xbox app pinned for Xbox Live users or Your Phone pinned for Android users. This will be limited to new account creation on a PC or first login, so existing taskbar layouts will remain unchanged.

Notifications now include an X in the top right corner to allow you to quickly dismiss them, and Microsoft is also improving its Settings app in Windows 10. Links that would typically push you toward the system part of the legacy Control Panel system page will now direct you to the About page in Settings. This will now house the more advanced controls typically found in that system section of the Control Panel, and Microsoft is promising “there will be more improvements coming that will further bring Settings closer to Control Panel.”