The new, more open Microsoft has been implementing support for a lot of popular cross platform and open source technologies previously held at a distance by Redmond. Recently we’ve heard of support for open source projects like Node.js and SSH.

But last November, Microsoft announced that Windows 10 would work with a new technology called AllJoyn and this led Time magazine to speculate that it could be the biggest secret Windows 10 feature.

AllJoyn is a protocol or common language that allows for devices to talk with each other and encourages interoperability between different manufactures. Developed originally by Qualcomm, the code became open sourced and has been promoted by the AllSeen Alliance as the potential new standard for interoperability for the Internet of Things (IoT).

As noted in Time’s article, the AllSeen Alliance has grown to include more than 150 companies, including everyone from Sony, LG, Sharp, Panasonic, Sears, Electorlux, Cisco, HTC, and more. 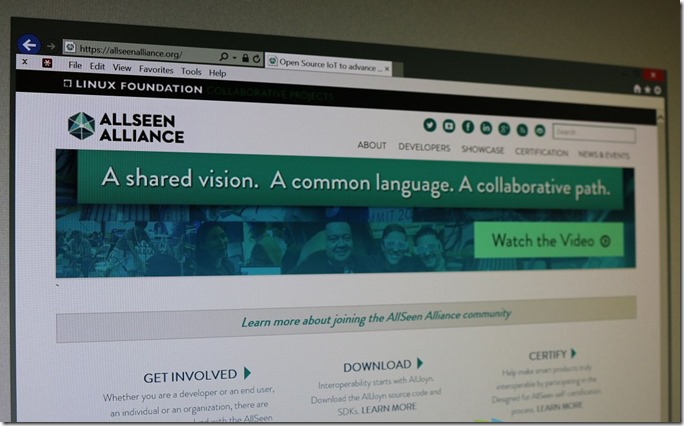 By incorporating AllJoyn in Windows 10, this could give any Windows 10 device the potential to be a smart home control that seamlessly works with any device you have, from light bulbs, to TV’s and large appliances. John Patrick Pullen of Time notes:

“AllJoyn integration could be huge not just for Windows users, but for the millions of people who can’t wrap their heads around setting up smart home products. In essence, any Windows 10 device — smartphones, tablets, or PCs — could become a smart home controller… AllJoyn has no hardware at the heart of it, and as soon as Windows 10 becomes available, the turnkey solution would go from having 10 million devices included to more than a billion.”