The founder of Microsoft and wealthiest man in the world turns 60 years old today. William Henry Gates III was born October 28th, 1955 in Seattle, Washington where he still resides in his post Microsoft years.

He has much to celebrate as he turns 60. After leading Microsoft for decades it must be quite rewarding to see the company he founded grow in such a bold direction this year with a booming commercial cloud computing division, new category defining hardware that is leading the competition, and an incredibly fast adoption rate for Microsoft’s latest version of Windows. 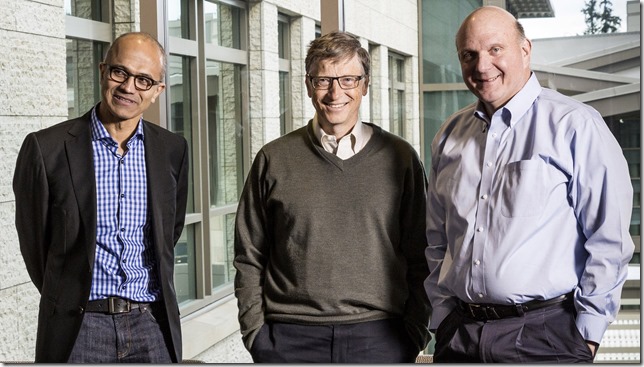 But Gates isn’t nearly as involved in Microsoft now a days as he used to be. He formerly stepped down as CEO in 2000 when Steve Ballmer took the reins. He also left his position as Chairman of Microsoft in February of 2014 when Satya Nadella was appointed CEO. He spends a great deal of his time working on the Bill and Melinda Gates Foundation‘s projects, which has been identified as the wealthiest charitable foundation in the world. The foundation focuses on improving the lives and productivity of people around the world, and has gained much attention recently for its emphasis on eradicating common diseases in developing nations.

Gates still does help out at Microsoft as a Technology Advisor. Most notably Gates has been helping Nadella rethink some of the company’s strategies, particularly with reinventing Office. And it appears his contributions are still paying off for the company with news that the reinvention of Office as an SaaS offering, Office 365, overtook Google Apps for Work this year.

So happy birthday Mr. Gates! Hope you are having a productive celebration of reaching the huge milestone of 60, while the company you founded continues to reach its own previously unimagined milestones. If you want to follow more about Bill Gates work outside of his advisory role to Microsoft, you can learn more on his personal blog GatesNotes.

Start Edge Animate when is in the screen