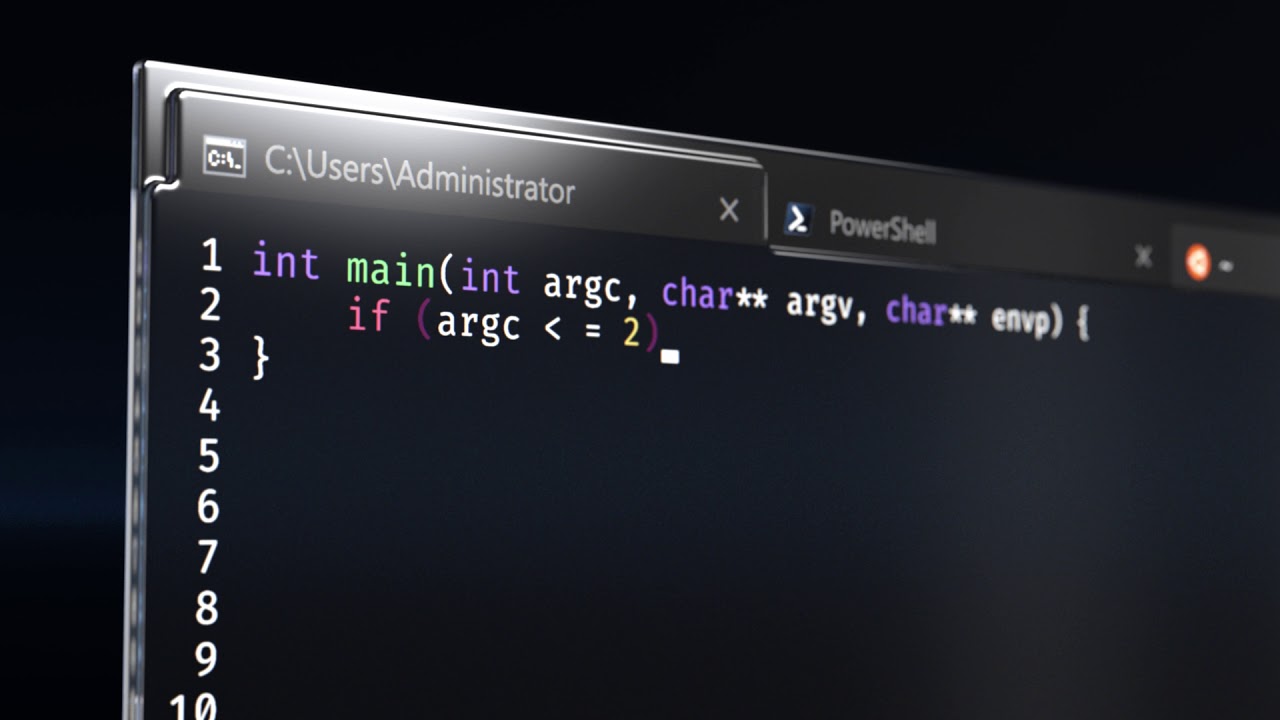 Two months ago, I presented to you Tabbed Command Prompt that it was in beta for Windows 10. Finally, Microsoft released the new version. Now, I can say Windows Terminal is here!

Windows Terminal is a new, modern, fast, efficient, powerful, and productive terminal application for users of command-line tools and shells like:

It will be delivered via the Microsoft Store in Windows 10 and will be updated regularly. So, you are always up to date and able to enjoy the newest features and latest improvements with minimum effort.

You’ve asked and we’ve listened! The most frequently requested feature for the Terminal is multiple tab support and Microsoft is super excited to finally be able to deliver this key feature.

You will now be able to open any number of tabs, each connected to a command-line shell or app of your choice, e.g. Command Prompt, PowerShell, Ubuntu on WSL, a Raspberry Pi via SSH, etc.

You will also have the option of using our new font! We wanted to create a fun, new, monospaced font to enhance the modern look and feel of the Terminal. Not only will this font include programming ligatures, but it will also be open sourced and have its own repository. Stay tuned for more information on the new font project!

We have connected with so many command-line users who LOVE to customize their terminals and command-line applications. Windows Terminal provides many settings and configuration options that give you a great deal of control over the Terminal’s appearance and each of the shells/profiles that you can open as new tabs. Settings are stored in a structured text file making it easy for users and/or tools to configure.

Using Terminal’s configuration mechanism, you will be able to create multiple “profiles” for each shell/app/tool you want to use, whether it be PowerShell, Command Prompt, Ubuntu, or even SSH connections to Azure or IoT devices. These profiles can have their own combination of font styles and sizes, color themes, background blur/transparency levels, etc. You can now create your own custom-styled Terminal that is personalized to your unique taste!

Microsoft is planning to get started on many of the features already in their backlog, in addition to the many features you as the community are likely to add!

When can I get my hands on it?

As of today, the Windows Terminal and Windows Console have been made open source and you can clone, build, run, and test the code from the repository on GitHub: https://github.com/Microsoft/Terminal

5 thoughts on “Windows Terminal is here!”