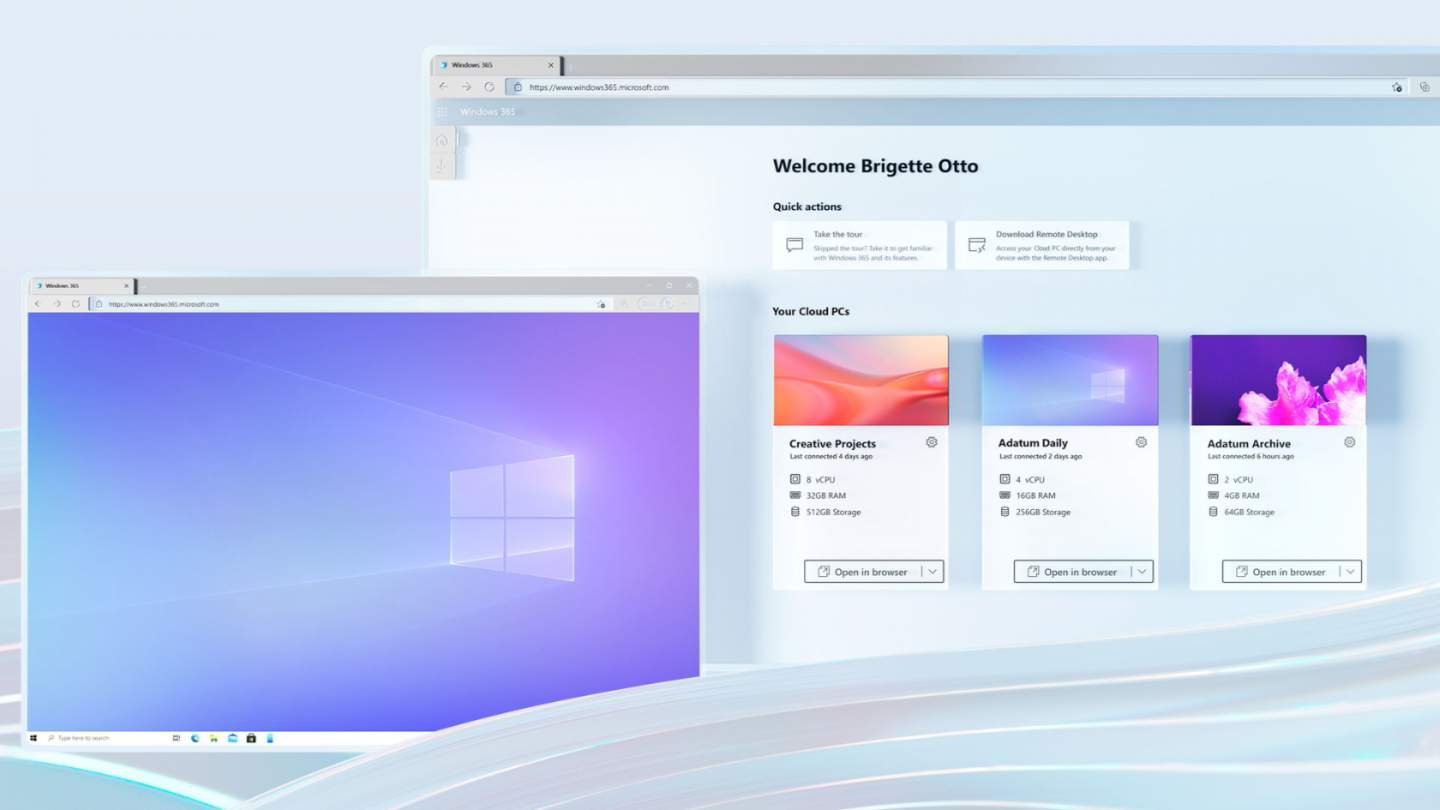 Microsoft is poised to offer a completely new way to get Windows running on your PC. Dubbed Windows 365, the Redmond-based company will begin allowing commercial customers the chance to subscribe for remote access to Windows 10, with an upgrade to Windows 11 as soon as it becomes available.

Named after its hugely-successful Office 365 subscription, which lets users access applications like Word, Excel, Outlook across a multisite of devices for as long as they pay the monthly fee, Windows 365 will operate in a similar way.

So, rather than paying a set fee to download Windows 11, you’ll pay a smaller cost each month to gain access to the operating system. To begin, this scheme will only be available to commercial customers. Businesses will charged per user per month, rather than paying for each new installation of Windows on the company PCs, laptops and tablets handed out to employees.

“Windows 365 is a cloud service that introduces a new way to experience Windows 10 or Windows 11 for workers from interns and contractors to software developers and industrial designers,” Microsoft 365 general manager Wangui McKelvey explains.

“Windows 365 takes the operating system to the Microsoft Cloud, securely streaming the full Windows experience—including all your apps, data, and settings—to your personal or corporate devices. This approach creates a fully new personal computing category, specifically for the hybrid world: the Cloud PC.”

Following the launch of Windows 10, which Microsoft heralded at the time as the “last version of Windows”, many assumed the immensely-popular operating system would move to a subscription model. Software giant Adobe has enjoyed huge success with its Creative Cloud subscription – as has Microsoft with its Office 365 option for enterprise and consumers.

As well as the lack of individual software licenses for each device, there are some other advantages to Windows 365 over the traditional approach.

According to Microsoft, since the computers in its server farm are doing most of the heavy lifting, Windows 365 will provide an “instant-on boot experience”. Not only that, but it works with virtually all devices, including Macs, iPads, Linux PCs, and Android tablets and smartphones.

Microsoft will remember the last state of the operating system too, so that each time you sign in – you’ll pick up exactly where you left off. That’s true regardless of whether you’re logging back into the same machine, or picking up a new one. The ability to move from desktop PC in the office, to laptop on the train home – and have the same documents, files, and half-drafted email open and ready to go is sure to be a hit with users.

Windows 365 will be available to companies of all sizes from August 2, 2021. Unfortunately, there’s no word on pricing quite yet.