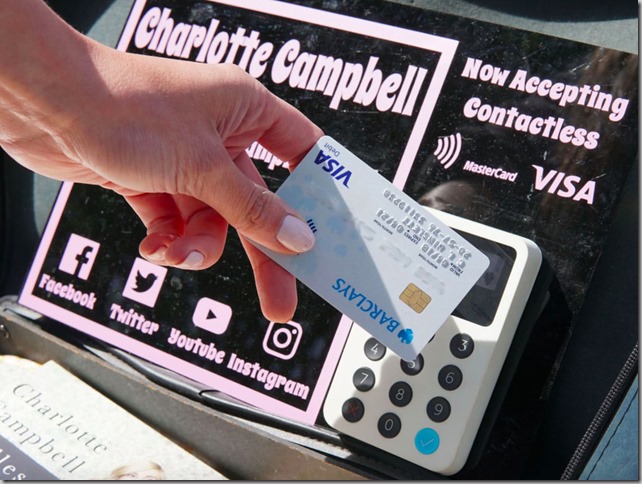 Here’s a casualty of the cashless society you might not have previously thought of: the humble street performer. After all, if more of us are paying our way with smartphones and contactless cards, how can we give spare change to musicians on the subway? London has one solution: a new scheme that outfits performers with contactless payment terminals.

The project was launched this weekend by the city’s mayor, Sadiq Khan, and is a collaboration with Busk In London (a professional body for buskers) and the Swedish payments firm iZettle (which was bought this month by PayPal for $2.2 billion). A select few performers have been testing iZettle’s contactless readers on the streets for the past few weeks, and Khan now says the scheme will be rolled out across London’s 32 boroughs.

Charlotte Campbell, a full-time street performer who was part of the trial, told BBC News that the new tech “had a significant impact on contributions.” Said Campbell: “More people than ever tap-to-donate whilst I sing, and often, when one person does, another follows.”

The readers need to be connected to a smartphone or tablet, and accept payments of fixed amounts (set by the individual performer). They work with contactless cards, phones, and even smartwatches. There’s no detail yet on how many readers will be provided to London’s street performers, or whether they will have to pay for the readers themselves.

Although individuals do sometimes set up their own contactless payment systems (and in China, it’s not uncommon to see street performers and beggars use QR codes to solicit mobile tips), this seems to be the first scheme of its kind spearheaded by a city authority.