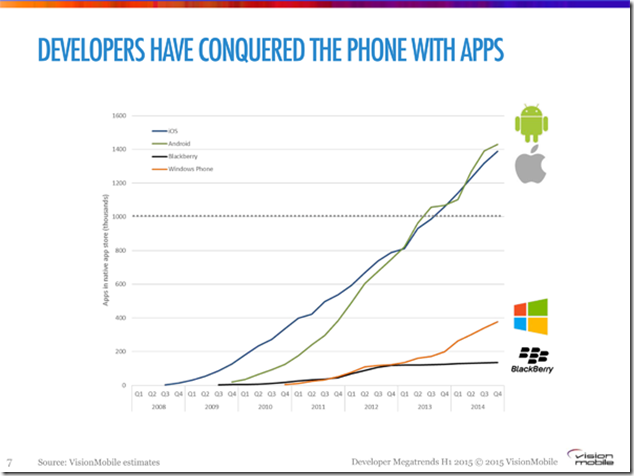 The Developer Megatrends report series distills the major data points and insights from our research into the most important trends in the developer economy. In this 7th edition Megatrends report, we cover app business models and examine how developers can escape the poverty trap. We look at how consumer technology will invade the enterprise, and how data will be at the center of the most interesting apps in the coming years. We’ll also revisit experience roaming – a trend from 2010 that is now in full swing.

One thing is clear. Developers are a driving force in every industry and a critical source of competitive advantage. Every company should master developer ecosystem skills. Developer Megatrends H1 2015 will shed light on the state of the art in the developer economy. 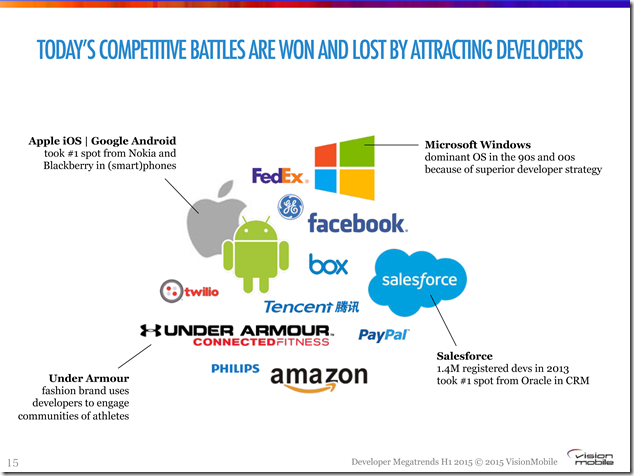