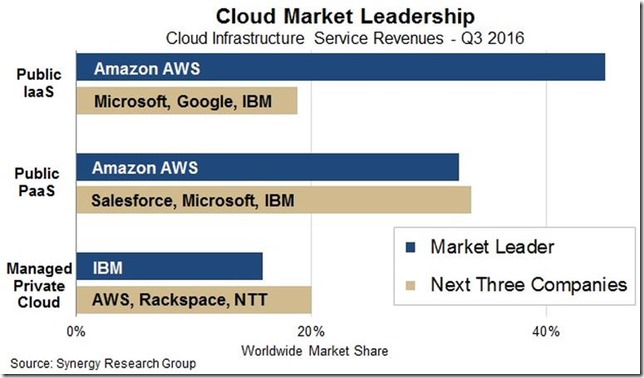 Amazon Web Services is utterly dominating the competition, taking 45 percent of worldwide revenues for public cloud services, according to a new analysis.

Microsoft and Google might be increasing public cloud revenues faster than AWS, but they’ve also got a long way to go to come close to catching up, a new analysis from Synergy Research Group shows.

The combined revenues from Microsoft, Google, and IBM amount to less than 20 percent of worldwide infrastructure-as-a-service, or IaaS, revenues in Q3 2016, compared with AWS’s 45 percent, the research firm reports.