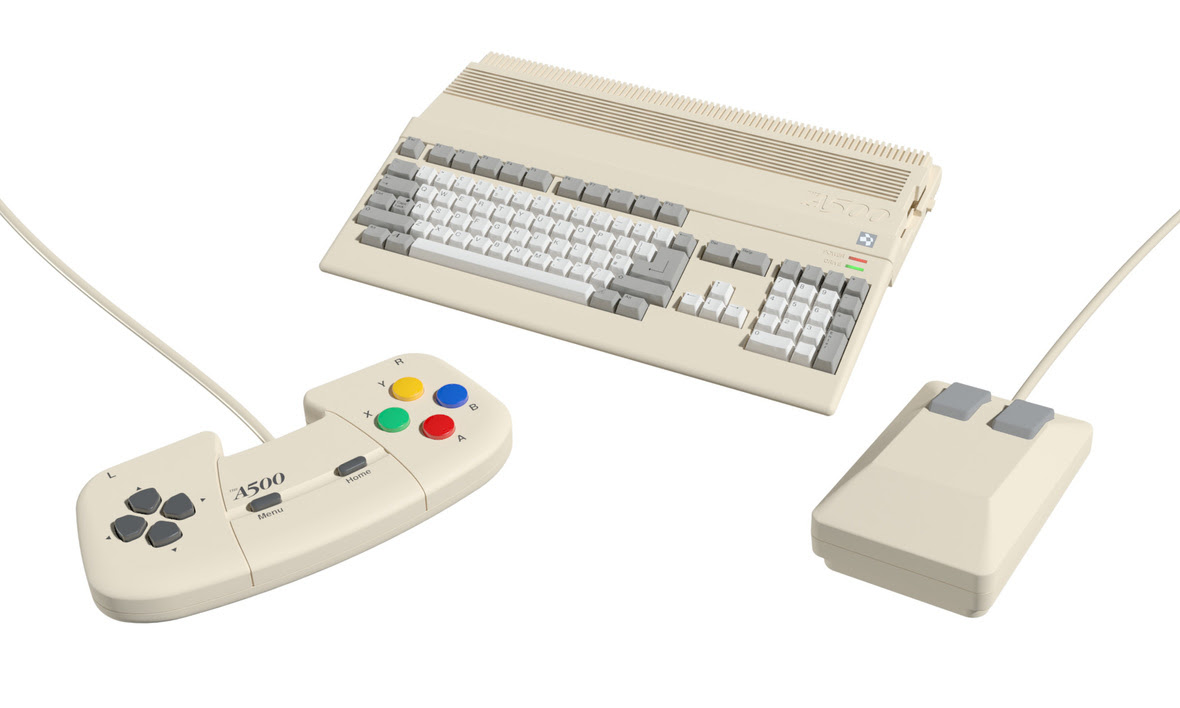 A few years after the mini console boom comes the turn of another classic system – the Amiga and now the Amiga 500 is on the way again.

Similar to the VIC20 and C64 Mini – which Retro Games Ltd also produced – this is a reimagining of the 16-bit Commodore personal computer, touting emulation of the original A500 chipset and the Advanced Graphics Architecture (AGA) of later Amiga model the A1200.

The A500 Mini comes with both a mouse and gamepad, as well as support for a plugging in a standard keyboard over USB, since we imagine the keys on the mini system itself are too dinky to use.

25 games are included – a confirmed list of 12 is below, including yes, another way to play Zool – with the ability to side-load your own over USB with WHDLoad support.

It also has the usual features you’d expect from a mini console at this point – save and resume functionality, 50Hz and 60Hz screen refresh options, a CRT filter and various scaling options.