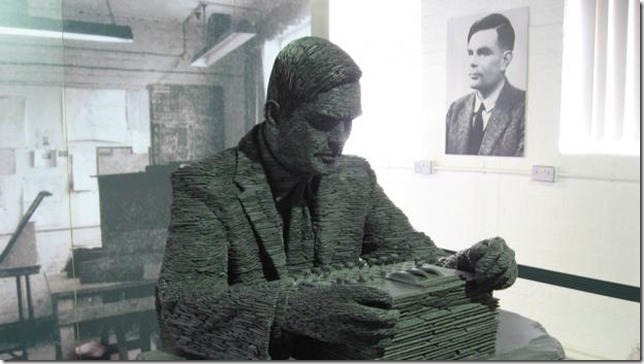 Alan Turing is considered to be one of the fathers of computer science. He played a crucial role in World War II counter intelligence and worked for the Government Code and Cypher School at Bletchley Park.

He was also responsible for breaking a large number of Nazi ciphers, including the German Enigma code. After the war, Turing continued his work as a pioneer computer engineer, and developed what’s considered to be one of the first designs for a stored-program computer.

But it seems code breaking wasn’t Turing’s only talent.

Now the earliest known recording of computer-generated music, created more than 65 years ago, has been restored by the University of Canterbury. But the interesting thing is that it was created on computer programming techniques devised by Turing himself.

Now, decades later, director of the Turing Archive for the History of Computing, Professor Jack Copeland, and his fellow researcher UC alumni and composer Jason Long, have restored the music. However, it has not been so easy. The researchers had to do some electronic sleuthing to recreate the historic sound accurately.

“Today all that remains of the recording session is a 12-inch single-sided acetate disc, cut by the BBC’s technician while the computer played. The computer itself was scrapped long ago, so the archived recording is our only window on that historic soundscape,” said the researchers.

“What a disappointment it was, therefore, to discover that the frequencies in the recording were not accurate: the recording gave at best only a rough impression of how the computer sounded.”

They found that there was a deviation in the speed of the recording, probably as a result of the turntable in BBC’s portable disc cutter rotating too fast. But, with some electronic detective work, it proved possible to restore the recording – with the result that the true sound of this ancestral computer can be heard once again, for the first time in more than half a century.

The computer music researchers were then able to calculate exactly how much the recording had to be speeded up in order to reproduce the original sound of the computer.

“As well as increasing the speed – and so altering the frequencies – we also filtered out extraneous noise from the recording; and using pitch-correction software we removed the effects of a troublesome wobble in the speed of the recording,” added the researchers.

“It was a beautiful moment when we first heard the true sound of Turing’s computer.”

The complete 1951 recording, including God Save the King, nursery rhyme Baa Baa Black Sheep and Glenn Miller hit In The Mood, can be heard here over at the university’s website.