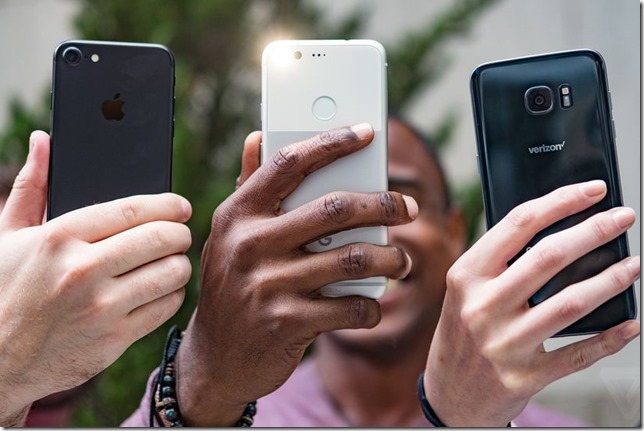 The latest smartphone figures from Gartner are out, and they paint an extremely familiar picture. Between them, Android and iOS accounted for 99.6 percent of all smartphone sales in the fourth quarter of 2016. This duopoly has been the norm for a while now (in the second quarter of 2015 this figure was 96.8 percent), but it’s always impressive — and slightly terrifying — to see how Google and Apple continue to wring the last decimal point drops of market share from global smartphone users.

Of the 432 million smartphones sold in the last quarter, 352 million ran Android (81.7 percent) and 77 million ran iOS (17.9 percent), but what happened to the other players? Well, in the same quarter, Windows Phone managed to round up 0.3 percent of the market, while BlackBerry was reduced to a rounding error. The once-great firm sold just over 200,000 units, amounting to 0.0 percent market share. 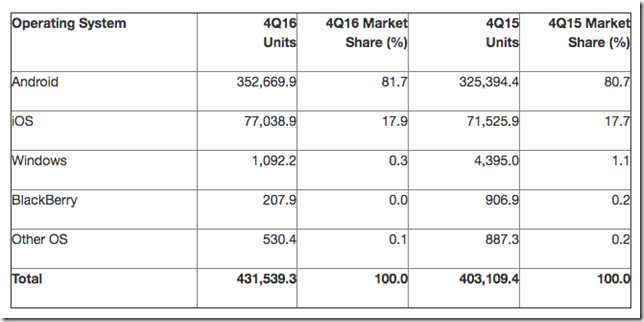