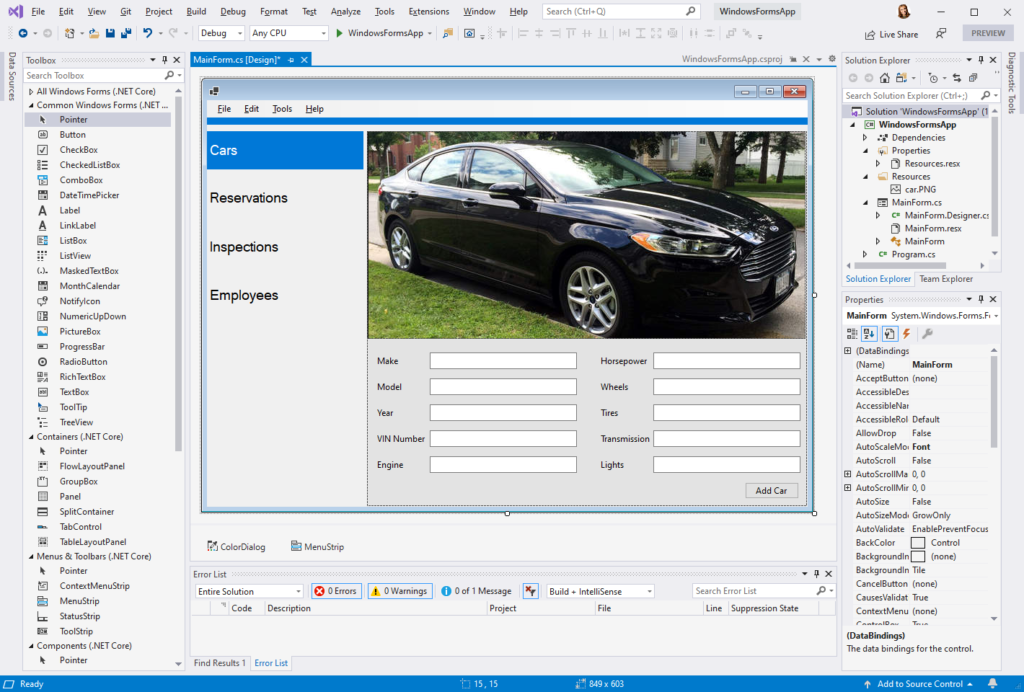 Many of you may remember that we open-sourced Windows Forms and ported it to .NET Core with .NET Core 3.0. Since then, we’ve been hard at work bringing the Windows Forms designer experience to .NET Core. While we are getting closer to completion, we are continuing work on the designer and plan on bringing more functional and performance improvements in the near future.

What is a Preview?

Visual Studio Preview gives you early access to the latest features and improvements not yet available in the main release. By trying Preview, you can take advantage of new builds and updates that ship on a frequent cadence. For more information on Visual Studio Preview installs, visit our FAQ page.

Please note that the preview version is continuously evolving and certain features may not work as expected. This version is also not licensed to build shipping applications. If you would like to build production application you can access stable release of Visual Studio from our downloads page.

How to use the designer

After completing these steps, once you double-click on your form in the Solution Explorer, the designer will open automatically the same way it is for .NET Framework applications.

Improving the performance is our next goal after we complete the functionality work, so don’t get upset if it’s not as fast as you envisioned while the designer is in the preview, that’s something we will improve in the future.

Currently the new Windows Forms designer works only on Windows 10.

Now, you know. We can create amazing UI with Windows Forms Designer for .NET Core for all platforms.