Nadella: ‘Windows is the most open platform there is’ 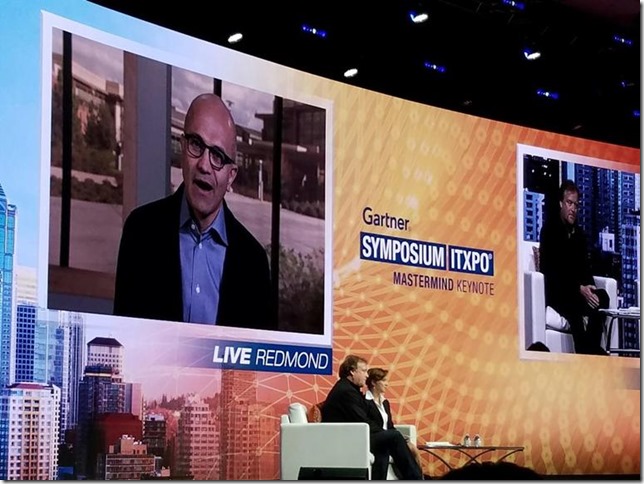 When Satya Nadella became CEO of Microsoft in 2014, he asked what the company’s place in the world is, and how it could make the biggest contribution.

What he kept coming back to was that the company builds things that empower people to build their own things. When he looked at Microsoft, he saw software that could be a force to "democratize and empower people."

Nadella articulated what that vision means for the future of Azure, Windows, Office, Cortana, Linkedin, and more during his keynote address – on a telepresence link – at Gartner Symposium ITxpo 2016 in Orlando on Tuesday.

"Windows is the most open platform there is."

It came in the context of Nadella talking about Microsoft’s mission to unite the three big constituencies in the technology world.

"That’s the approach we’ve always taken," said Nadella, "bringing users, IT, and developers together… When you bring them together, that’s where the magic happens."