Microsoft takes on Slack with its new Microsoft Teams app 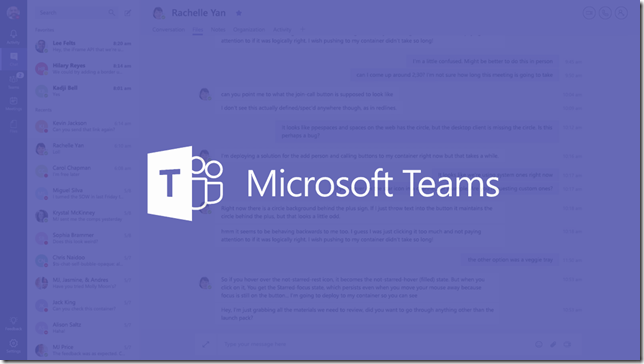 Microsoft today announced a major new app at its Office event in New York City. The company’s new service, Microsoft Teams is its own take on the popular team communication tool, Slack. We reported about Microsoft Teams just 2 months ago, and Microsoft is officially launching it in a limited preview for Office 365 users today. Microsoft, however, is calling Teams a group chatting software which will be accessiblefrom the Web, Windows PC, Mac, iPhone, Android, and Windows Phone.

Firstly, let’s get the basics covered: Microsoft Teams lets you share messages and attachments just like any other chat app out there. You can start a private conversation or a “channel” which is basically a group chat. These channels can be created based on a certain project or by different teams within a company. For example, you can have a channel for the design team in your company. Another important feature of Microsoft Teams is the Fun Picker which allows users to search for GIFs and much more right within the app — sure, it isn’t really productive but it’s definitely an important feature to have in chat apps, especially in 2016. 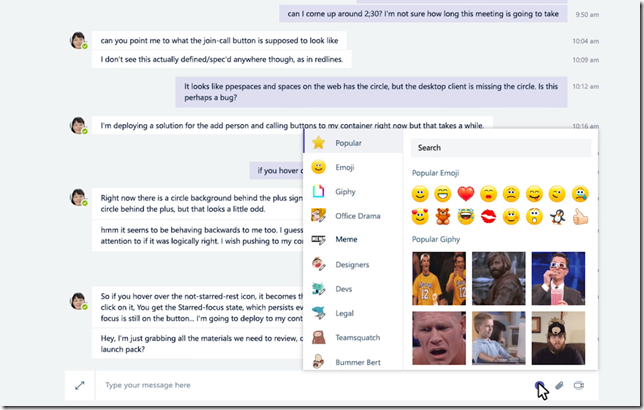 However, Microsoft Teams is going to be the ultimate tool for communication in teams who highly rely on Microsoft’s Office 365 services and OneDrive. Unlike Slack, Microsoft Teams integrates with many of Microsoft’s services, including Word, OneDrive, Skype for Business, and more. With Teams, users will be able to create a Word document, or start a Skype for Business meeting, or share a file from OneDrive without having to open those apps separately. Everything simply just works together — at least according to Microsoft, that is. 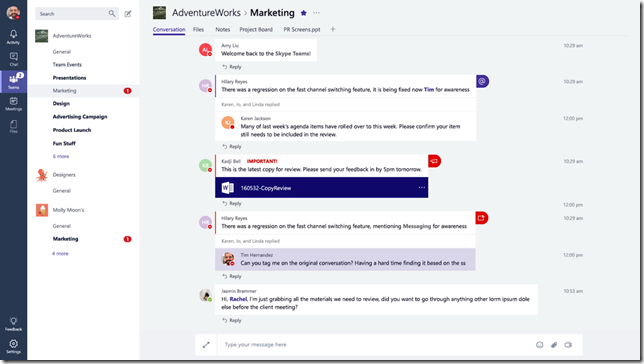 Microsoft Teams also does some things you can’t find on Slack. For one, it has threaded conversations which are huge for any team. Threaded Conversations, for those who don’t know, allows users to reply to a message within the conversation in a threaded UI. Of course, you can also “@” someone from your team to mention them in the conversation, but Threaded Conversations are a much better way of talking about a certain topic in a channel.Anotherintegral feature of Microsoft Teams is the ability to start a video chatwithin the app — when you schedule a meeting, you will be able to start a video call on Microsoft Teams which is quite neat.