Microsoft gives up on Windows 10 Mobile 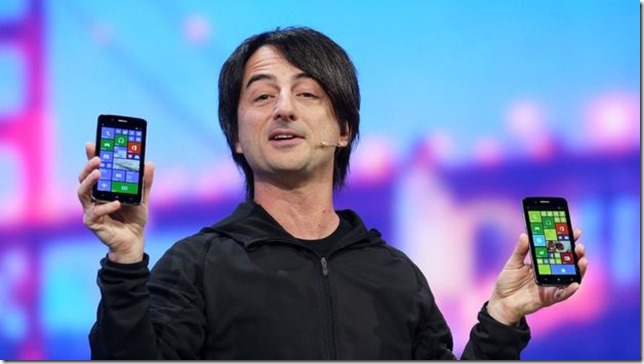 The company’s Windows 10 chief has tweeted that developing new features and hardware for the Mobile version of the OS was no longer a "focus".

Joe Belfiore added that he had also switched to Android himself.

Windows 10 Mobile tried to attract users by letting them run the same "universal apps" on both their PCs and handsets, but the concept failed to catch on.

The OS accounted for just 0.03% of the global market – based on smartphone shipments – between April and June, according to research company IDC.

The market intelligence provider said the news had been a long time coming.

"There wasn’t a wide range of devices running Windows 10 Mobile, so it wasn’t attractive to retailers or operators," said IDC’s Francisco Jeronimo.

"And from a consumer perspective, the operating system didn’t provide as good an experience as Android or iOS."

Mr Belfiore began a series of tweets on Sunday by discussing the recent launch of a test version of Microsoft’s Edge web browser for Android and iOS – the latest in a series of releases of its core software for rival mobile platforms.

He then went on to respond to questions about whether there was any point sticking with Windows 10 Mobile.

He said that while Microsoft would support the "many companies" that had adopted the platform, he had switched to Android for the diversity of its apps and hardware.

"But building new features or hardware is not the focus."