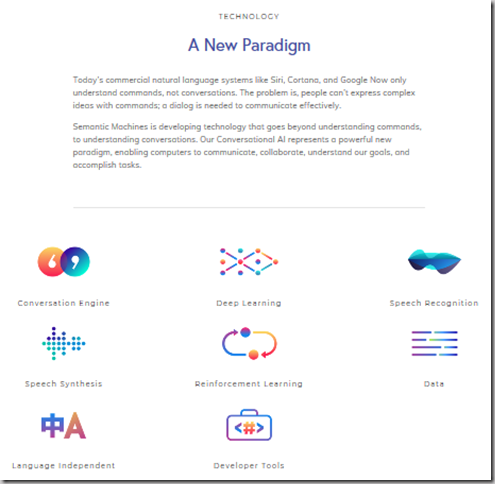 On its website, Semantic Machines says that existing natural language systems such as Apple Siri, Microsoft Cortana and Google Now only understands commands, but not conversations. However, Semantic Machines’ technology understands conversations rather than just commands. Some of the most typical commands that digital assistants can handle today include weather reports, music controls, setting up timers and creating reminders. “For rich and effective communication, intelligent assistants need to be able to have a natural dialogue instead of just responding to commands,” said Ku.