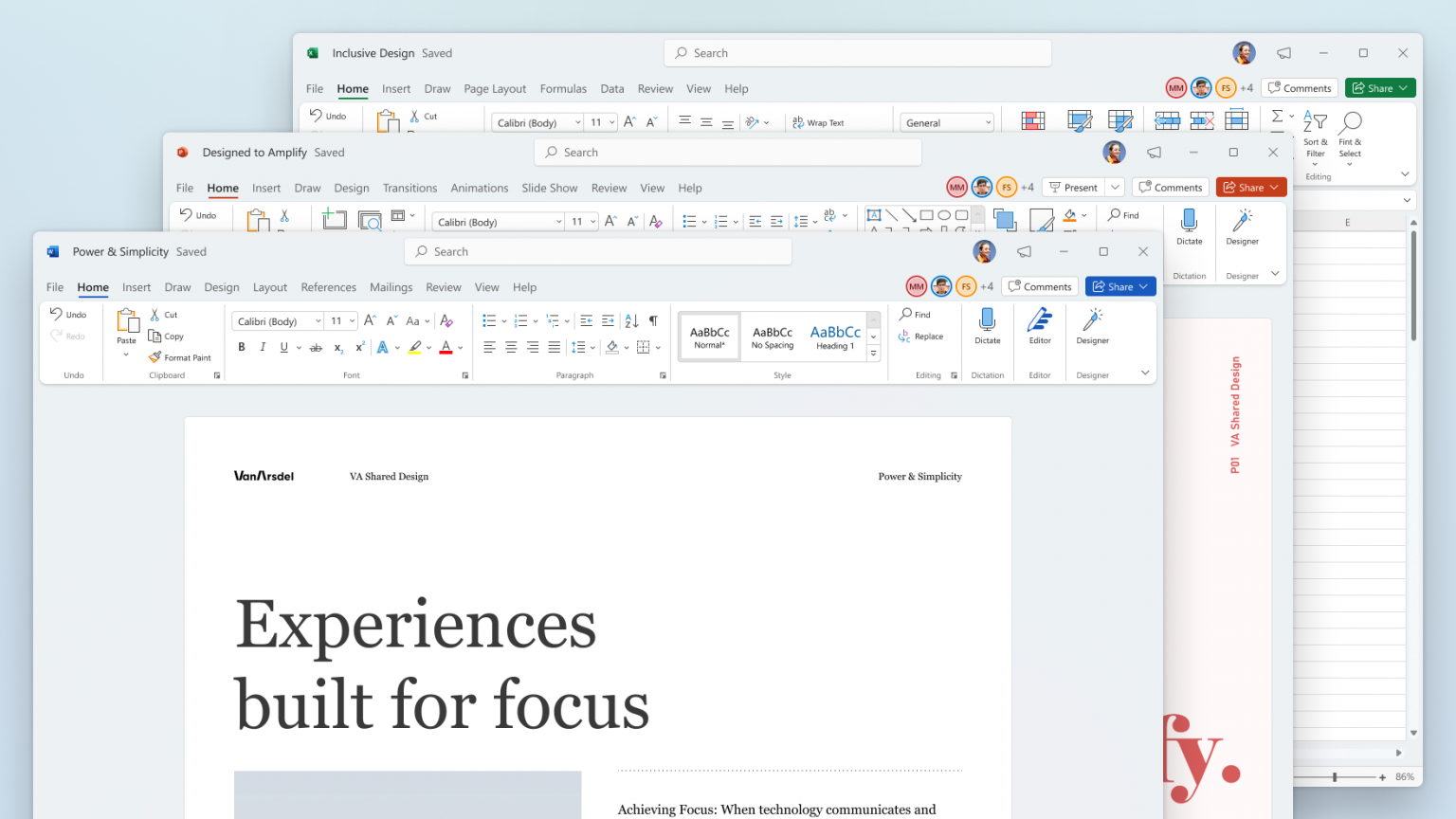 Microsoft is redesigning Office and its Word, Excel, and PowerPoint apps with a new dark mode and a rounded aesthetic to match the release of Windows 11.

The new look, which will also be available for Windows 10 users, has a “neutral” colour palette, a customisable ribbon across the top, and soft corners on the windows.

Document, spreadsheet, and presentation titles are now located at the top left of the app window, replacing the auto-save button. The quick-access toolbar will also be disabled by default, with the commands appearing below the ribbon rather than above it.

At the top right of Word documents will be colourful “presence indicators” so users can quickly see who else is in the document, like Google Docs.

Finally, Microsoft announced that the next version of its workplace tools will have native support for ARM architecture devices, which should bring greater memory availability and offer better support for large documents.

This most recent update keeps Office in line with Windows 11, which brought with it a new Start Menu, quick-switching between multiple apps, a refreshed Xbox app for game streaming, and videoconferencing tool Teams built-in.

Android apps, available in the Amazon AppStore via the Windows Store, will also be able to run on Windows 11.

However, the update to the new operating system has proved a contentious issue. Microsoft’s requirements for Windows 11 will lock out many devices without niche security capabilities, including its own £3000 Surface Studio computer.

This is because the software giant had originally said computers running Windows 11 will require a Trusted Platform Module (TPM) 2.0 chip and eighth generation and newer Intel Core processors, Apollo Lake, and newer Pentium and Celeron processors.

Microsoft has now said that 7th generation processors might be able to run Windows 11 and the preview of the operating system, available today, does not require a TPM 2.0 chip nor specific CPUs to run – with the company adding that it will be using data collected from the preview to inform “any adjustments we should make to our minimum system requirements in the future”.

Alongside Microsoft announcing the availability of Windows 11 for Insider users through the Beta and Dev channels, a blog post also announced that the Fluent Design language is coming to Office as well, across both Windows 10 and 11.