Can you install Windows 11? 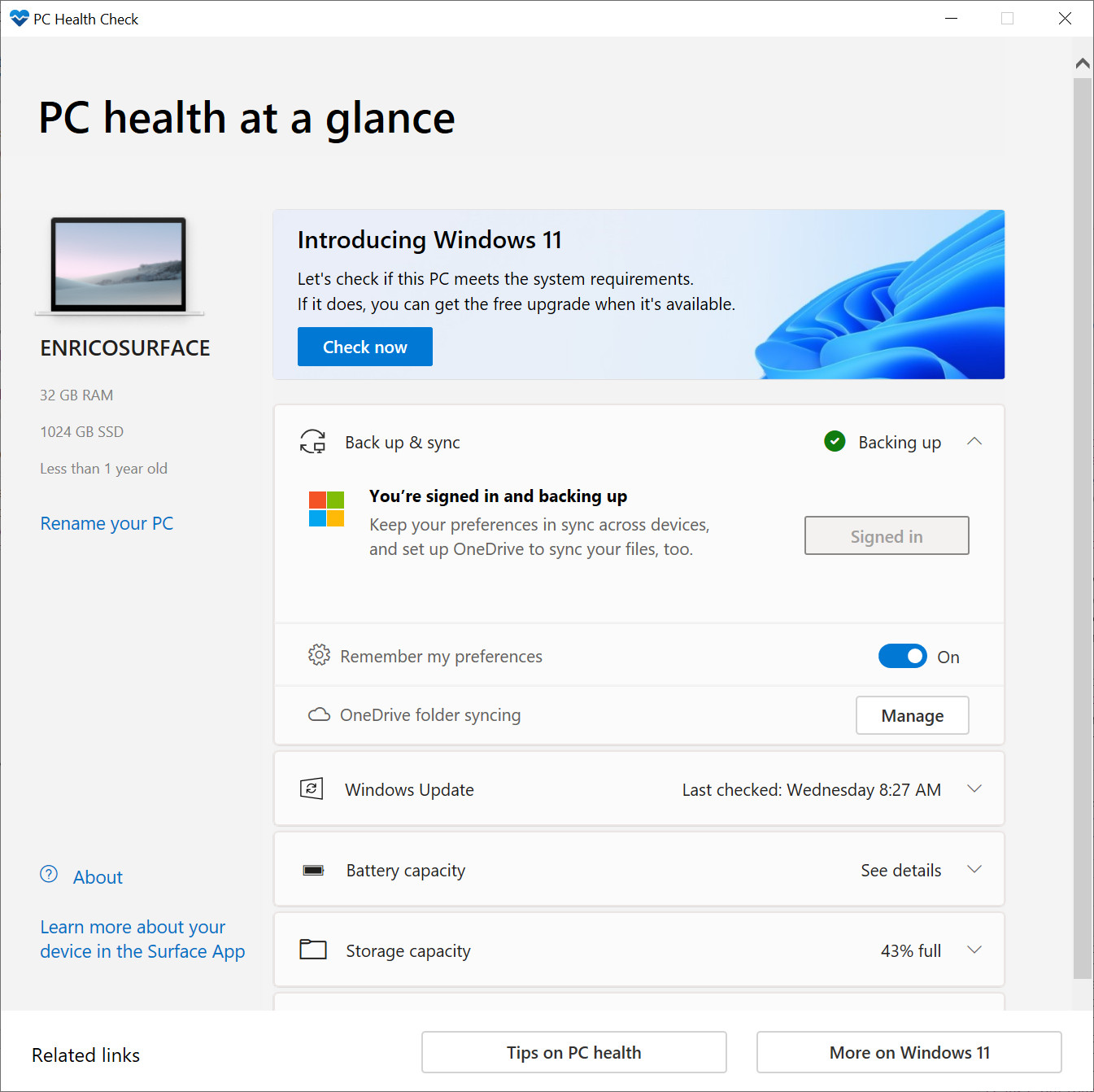 Can you install Windows 11 on your computer? When it announced Windows 11 and its strict new hardware requirements, Microsoft also released a PC Health Check tool that would analyze your hardware and tell you whether your computer could upgrade to Windows 11. The problem is that the app wouldn’t tell you why your computer failed the test. So, some people with relatively new PCs believe that they wouldn’t be able to run the OS without hardware upgrades.

A new version of the PC Health Check app, now available via this official Microsoft link to people without Windows Insider accounts, fixes that problem. It’s still pretty bad at guessing the approximate age of the PC that it’s running on. At least, it presents more detailed information why you won’t be able to upgrade to a new OS.

The new version of the Health Check makes recommendations if your PC has easily fixable compatibility problems, like if:

For more serious problems, like a processor that isn’t on one of Microsoft’s compatibility lists, your only options are to upgrade to a supported processor (not always an option but possible for some AMD Ryzen desktops in particular), replace the computer, continue running Windows 10, or run an “unsupported” Windows 11 install that may or may not receive updates going forward.

Pre-built PCs with supported processors generally have already enabled the security features Windows 11 is asking for. That is because Microsoft makes the big PC companies adhere to more strict hardware and configuration guidelines. The bigger problem is custom-built PCs, which often have these security features turned off by default. Also, don’t always make it clear how to turn them on.

One solution might be to install a newer BIOS update—many of the motherboard makers are changing their default settings in recent BIOS versions to support Windows 11 out of the box.

Windows 11 begins rolling out to supported PCs on October 5.