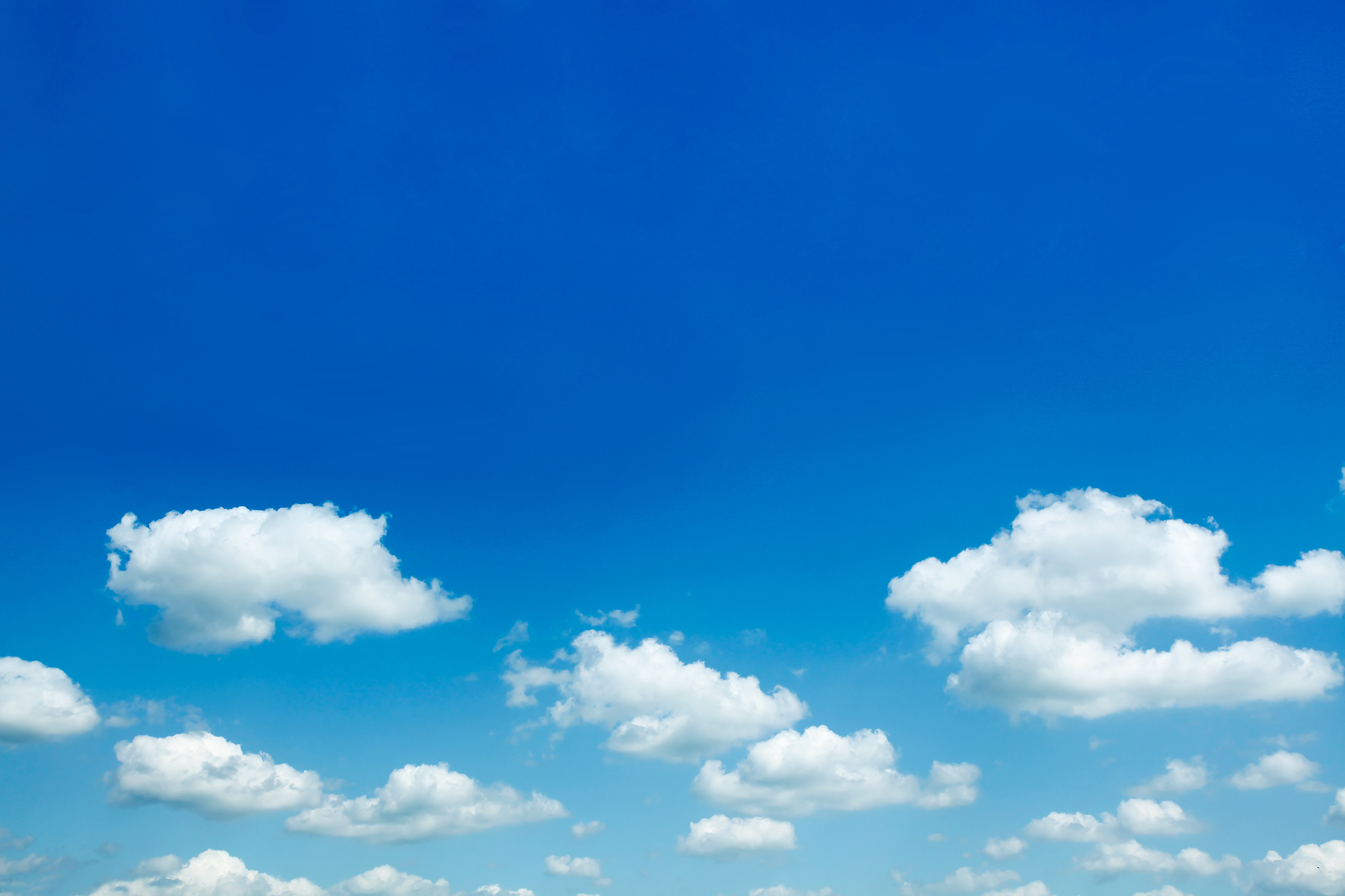 Following my previous post of Introducing CQRS in the architecture, in this post I’m going adding validation using Fluent Validation across the project.

The source code of this post is on GitHub. Because one single post is too long, I have created the following posts:

So, we already got some of the business rules. When adding an event, the requirement is that the new event has at least a the name, price, and date. We have created the entity for event. So, if I ask you to implement these business rules, I think your default solution would be adding attributes on the Event class.

Data annotations are very often used and are an easy solution. Now, while they work, I would advise against using them. First, for the persistence ignorance principle, let’s try not to go away from POCOs for our domain entities. Also, I believe the data validation code doesn’t really belong there.

Secondly, not every business rule can be solved with just data annotations. Required string length, they work fine, but if we need to write combined rules, say if the name of the event contains 2020, then the date should not be in 2021, then data annotations simply won’t cut it.

So, we’ll leave our entities alone and go another route for validation. I would like to bring in another commonly‑used framework: Fluent Validation. Again, Fluent validation is an open-source project and free to use. There is a NuGet package to add to our application architecture. Using Fluent Validation will lead to maintainable validation code since it uses code, lambda expressions to be exact, to write our validation logic.

Thus, we can write our validation logic entirely separate from the domain entities just like we want it. We can use fluent validation from our code project as well. We’ll introduce the validation logic in the handle method of the request handler. Also, you’ll see that the validation logic will be specific per Feature folder. Again, this may look a bit weird as I may need to write validation logic for the same entity twice. That’s the price I want to pay for the flexibility I’m getting this way.

The type parameter is the type you’re writing validation rules for here. Then for each rule we want to create, we write an expression like you see here. Once we have our validator written, we can use it from the request handler code.

Here, I’m instantiating our validator first and then I call ValidateAsync passing it the object I want to validate. Now, how do we then handle validation errors? This is how do we handle in a clean way, any exceptions that are coming back for our application project. So the consumer, like our API later on, knows what happened and can also return the correct message.

For that, I will in the application project create custom exception classes. They are part of the core project and are thus known everywhere. The consumer of the core will get back these exceptions and can handle accordingly. I will include a few exceptions, including the NotFoundException, the BadRequestException, and the ValidationException.

NotFoundException, I’ll be returning when the request, for example, for a non‑existing event is received. BadRequestException will be used to let the caller know that the received input, for example, to create a new event, is incorrect. ValidationException, I think, is quite clear, it used to return, well, validation errors. Note that these are not the built‑in exceptions, they’re custom classes.

You can see a sample of one of these exceptions, namely, the NotFoundException, it is a custom class and I let it inherit from the ApplicationException base class and that is a built‑in class.

So, so far we talk about adding validation using Fluent Validation in general. Now, let’s return to Visual Studio once more and explore how I’ll add validation to the application architecture. I’m going to show the validation process, as well as custom exceptions. Also, that is a custom response object that we can also return, useful in combination with validation errors.

Now, we can currently create a new event, but I don’t have any validation logic yet. I have no logic in here that checks that the data coming in via the CreateEventCommand is actually valid. Now, I want to stay away from going to my domain entity, so to event entity, and start adding attributes. So, what I’m going to do instead is I’m going to bring in fluent validation. The application logic will validate my data inside of my application project.

So, I’m going to write a validation RuleFor, in this case, the name of the event, and I’m going to say that it should not be empty. I don’t want this to be an empty string. As you can see in the code, I’ve added a rule that says the name shouldn’t be empty and if it’s empty I’m going to show this message. It also shouldn’t be null, and I’m also specifying the maximum length again with an error message.

Also, I’ve added a validation rule for the date as well as for the price. Then, I have these validation rules wrapped inside of this class, I also now need to use them. Now for that, I’m going to go back to my CreateEventCommandHandler.

Now, just triggering those won’t do anything, we still need to check the result of that validation. And the result will be captured in this validationResult and that will actually contain the list of errors, if any, that are coming back from that validate. But if there are, what do I then do?

As you can see, adding validation using Fluent Validation could be easy enough but how to raise exceptions?

So, in my application project I’ve now added an Exceptions folder, which contains a couple of custom exceptions, such as the BadRequestException, that will be used later on when we, for example, encounter wrong input, an event that is going to be created that basically contains invalid input, it might be null or something.

NotFoundException, well, that one will be used to return to the user when you’ve asked me to update an event, for example, but I don’t find that event, that’s a NotFoundException. It’s a custom exception as well.

Now, we have some basic validations in here. So, if you look back at this validator I could have done it using attributes, and you would be right. But, I can do a lot more with fluent validation, things that I cannot easily do using attributes.

Now, I want to validate if the combination of event name and date is still unique in the database, so I’ll need to bring in a repository, the event repository, that’s what you see here. Then, I use a custom validation rule that will be triggered. If it’s broken, I’m going to show this message here saying that an event with the same name and date already exists.

So, to check this rule, I’ll need to go to my repository, so in here I’ve added this IsEventNameAndDateUnique method on the repository, on the contract of the repository that is, and this rule will now also be validated when I’m calling the validation on my CreateEventCommand. In the CreateEventCommandHandler I don’t need to do anything new, I just still call the ValidateAsync, which will take into account now that new rule.

Look at the code and I’ve now nicely separated again my validation rules from my business logic, again nicely applied the separation of concerns as well. Now, the last thing I want to show you here is what I am returning from my CreateEventCommandHandler. As you see in the code, I’m returning just the EventId, and while that is okay, it might be so that we also want to return the newly created instance in full. Well, that I’ve also included in the sample application, but for categories.

Now, I’ll show you how I can also return a full response for the consumer of my application logic. Again, I have now added a command to create a category, and I’ll quickly go through the code, but it’s very similar. We have, again, a CreateCategoryCommand, which is very simple, it just contains the name of the to be created category, but notice now what this IRequest is going to be returning, not simply the GUID of the newly created category, but a CreateCategoryCommand response.

If we go to the handler, and we take a look at what is being returned here, we indeed see a bit more logic. I’m again doing validations, there is a validator, but notice what I’m returning here if everything goes according to plan.

So, I’m going to create here a new CreateCategoryCommandResponse, which is again a class, part of the CreateCategory folder, that inherits from the BaseResponse.

Now, the BaseResponse is also included as a BaseResponse that can be used by commands to return a response to the consumer.

In here, I have basic properties, such as Success, Message, and optionally, also the list of ValidationErrors. In the CreateCategoryCommandResponse that inherits from that BaseResponse, I’m also returning the newly created category, so I’m including the data here also in the response.

So, in the handler, if everything goes according to plan, then I’m actually going to now return a custom response type for my creation of the category. So this depends a bit on what you want to offer to the consumer of your application logic. If you say well, the ID is enough to know that we have successfully created a new entity, well then you can just return the ID.

Then, I’ve included a custom type that we then return to the caller that contains not only the data, but also possibly validation errors, if any. And that can allow the client, the consumer of your code, to align on always getting back at BaseResponse and looking for these specific properties, such as the success property.